About Our Fire Department

Palm Coast Fire Department was founded in 1973 and transformed from a Volunteer Fire Department protecting 125 citizens to a combination paid and volunteer fire department serving nearly 90,000 citizens and many visitors of our beautiful city.

About Our Fire Department 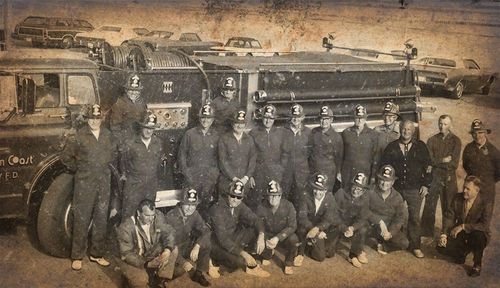 The forefathers of Palm Coast Fire Department established the foundation the department was built upon, earning our eternal respect and gratitude for their vision and leadership.  On April 3, 1973, Palm Coast Volunteer Fire Department began with 36 members, many of which were former firefighters from other parts of the country that settled in the Palm Coast community for retirement.

The first station was located on the corner of Clubhouse Drive and Palm Coast Parkway and is still in operation today. n 1983, the first career firefighter was hired. Six years later, in 1989, a second fire station opened on the west side of Palm Coast. The number of emergency incidents (call volume) increased to a level that required 24-hour staffing to handle the nearly 1,000 calls per year, over a 64 square mile area. Because of increased growth in the north end of the city, the third station opened in 2003 followed by fourth and fifth stations in 2009.

Today the department handles over 13,000 calls per year. Operating six, Advanced Life Support Fire Apparatus and 20 front line personnel, five Chief Officer and fire administrators. Additionally there are over 50 volunteer firefighters, fire police, associates and fire interns. The department’s successes are a direct result of the hard work and dedication of the firefighters - career and volunteers who continue to improve the service delivery system to ensure it works effectively and efficiently. Success is measured both by the department’s achievements over the last 50 years and by the ability of the department to identify and take advantage of emerging opportunities. 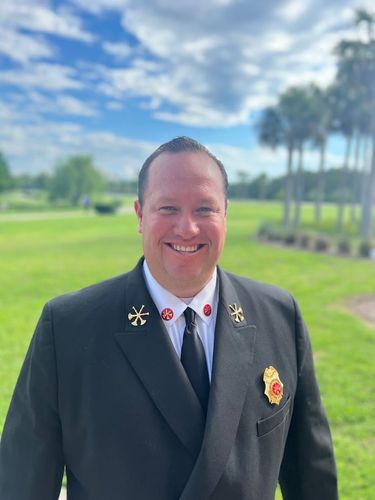 Fire Chief Kyle Berryhill  joined the Palm Coast Fire Department in August of 2005.  He was promoted to Lieutenant in 2011, Captain in 2017 and to Battalion Chief in 2019.  He previously served as Interim Fire Chief in 2021 while Chief Forte served as Interim Assistant City Manager and Deputy Fire Chief Bradd Clark served as Interim Fire Chief of Flagler County Fire Rescue.  He was appointed as the next Fire Chief on June 7, 2022, by City Manager Denise Bevan. “It is truly an honor to be able to announce this very important appointment to Fire Chief of the Palm Coast Fire Department,” Ms. Bevan said. “Kyle is an invaluable member of our organization and is a mentor and friend to many, especially at the Fire Department. I hope you will join me in congratulating soon-to-be Fire Chief Berryhill on this well-earned promotion. And a very special thank you to Chief Jerry Forte on your dedication to this organization and this community, and for helping to raise up our future leaders.”

Kyle is a native of Central Florida where he graduated from Lake Mary High School in 1997.  He attended Central Florida Fire Academy for his EMT and Firefighter Certifications.  He obtained his Paramedic Certification from Daytona State College in 2006.  He holds a Bachelor’s Degree in Public Administration from Flagler College and a Master Degree in Public Administration from Barry University. 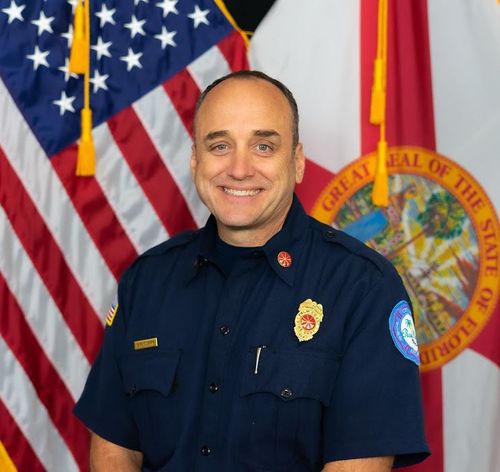 Bradd Clark’s career span has several positions in the fire service. Some of his past Fire Service Experience includes former Fire Chief of Ocala Fire and Rescue: former Fire Chief of the Sand Springs Fire Department in Sand Springs, Oklahoma; former Fire Chief of the Owasso Fire Department in Owasso, Oklahoma; and the former Fire Marshal for the City of Stillwater, Oklahoma. He has also been employed as an adjunct professor for Oklahoma State University in the School of Fire Protection and Safety Engineering Technology and in the Fire and Emergency Management Program. He has also completed the Executive Fire Officer Program at the National Fire Academy and is the first Chief Fire Officer designee in the State of Oklahoma from the Commission on Chief Fire Officer Designation. He began his fire service career in Poquoson, Virginia, in 1984. Bradd has participated as chair/delegate on many IFSTA committees. He now is part of the Cities Palm Coast Fire Department as Deputy Chief.

Mission Statement Deliver the best service to our community...every time.

Management Philosophy Making our people the priority and empowering them to deliver the best service to our community…every time. We accomplish our mission through: Removing obstacles to our employees’ success Celebrating Character Investing in our employees’ safety and development Valuing all employees’ input equally

Values We will never waiver from our core values: Family, Integrity, and Loyalty